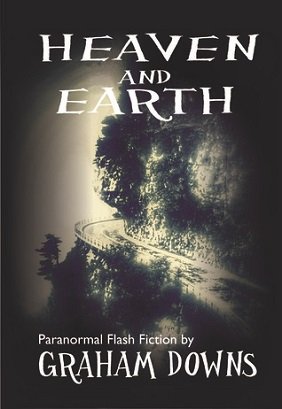 "'... Be strong and courageous. Do not fear or be in dread of them, for it is the Lord your God who goes with you. He will not leave you or forsake you.'" Rev Kev read out loud. "What do you think, car? Is that too cheesy?"

The self-driving car that he was sitting in gave its answer in a typical non-emotional voice, "I would not know, sir."

"Oh, for goodness’ sake! Call me Kevin. Better yet, call me Rev Kev; everyone else does."

The good Reverend was preparing to meet with a dear old lady from his congregation, Mrs Carlisle. Doctors had diagnosed the poor woman with terminal, inoperable brain cancer the week before, and Kevin hoped to offer her some comfort.

Rev Kev continued to read his Bible and mutter out loud, as the car wound up the narrow mountain pass leading up to Mrs Carlisle's house. At one point, he looked up and said a silent prayer that there would be no-one else on the road; over-taking, or moving over to allow another car to pass, would be impossible.

Ten-year-old Jimmy Cox giggled as he ran from the mountain, over the narrow road, and excitedly grabbed hold of the railing that protected against the almost fifty-metre drop to the rocks below. Mommy had told him countless times not to play on the road, but the excitement and adrenaline rush was too much to resist. After almost vaulting himself over the railing for the tenth time in the last half-hour, he turned and began running back towards the mountain.

Rev Kev's car rounded a sharp bend, and he looked up from his Bible.

“Oh God, please no!” he screamed as he saw a young boy running across the road, directly in front of the car.

Kevin watched as the child froze in mid-run, his left foot in the air behind him in an impossible standing position, his right planted on the ground with the toe on the road and the heel in the air. He looked at the speedometer of the car: sixty kilometres per hour, but they weren't moving.

“What would you have me do, sir?” asked in the car in that mechanical, emotionless voice. At least, he thought it was the car; perhaps it was God, answering his prayer.

“What do you mean, car? Please, would you explain to me what exactly this is?”

“If I follow my programming, sir, I would protect my occupant above all else. That boy would die. Your God has given you a choice. To save the boy, I would have to turn and drive through the barrier, sending us onto the rocks below.”

“No,” muttered Kevin. His face was white as a sheet, and he was shaking; still trying to come to terms with what was happening. “There must be another way! What about turning towards the mountain instead? Or just applying brakes really hard?”

“The boy is less than twenty metres from us, sir, and we are driving at sixty kilometres per hour.” Kevin could have sworn he heard an exasperated tone in the car's robotic voice. “Either of those options would cause us to spin uncontrollably, and we would strike the child. If we hit the mountain, you would likely die, but the child would die in either case.”

Kevin's mouth hung open. Was he really being forced to make such a choice? But perhaps, he reasoned, he should rather thank God for giving him a choice that precious few people would be given.

“Well,” he stammered. He hooked his finger under his collar (which had suddenly become very tight) and pulled it away from his neck. “I have lived a full life. I gave that life to God and His Son many years ago. I have no regrets, and I know where I am going when I die. I do not know where that boy's beliefs lie. Nor that of his family.

The car's speedometer returned to life, and the needle bounced erratically. The boy turned in mid-step, saw the car speeding towards him, screamed, and fell on his face. Rev Kev heard the screeching of the car's tyres as it jolted to the right and crashed through the barrier.

As the car fell to the jagged rocks below, Kevin heard a voice in his head, much kinder than the car's had been. The voice filled him with joy, and he felt warmth, such as he'd never felt before. The voice said, “Well done, my good and faithful servant. Tonight, you will be with Me in Paradise.”